Each of the memorial cubes we place into marine or freshwater environments help create shelter and a vibrant ecosystem where life can flourish.  Our approach is scientifically researched and assessed and can make a huge difference to the recovery of sensitive habitats and the local species that rely on them.

Aqua Memorials provide a unique and lasting tribute to a loved ones who had a close connection with the water.   Cremated remains become an integral part of the structure of the memorial cube during their production with full traceability and care throughout this process.

Once the memorial cubes are placed into the water their location provides a focus for ongoing remembrance and to celebrate their life and their ongoing contribution to aquatic life. 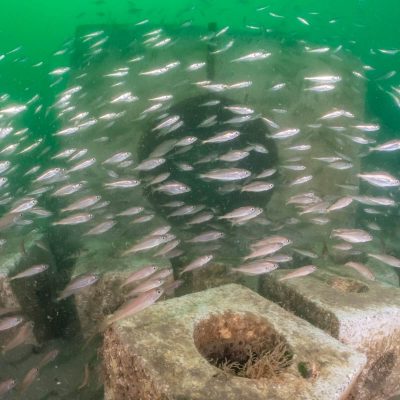 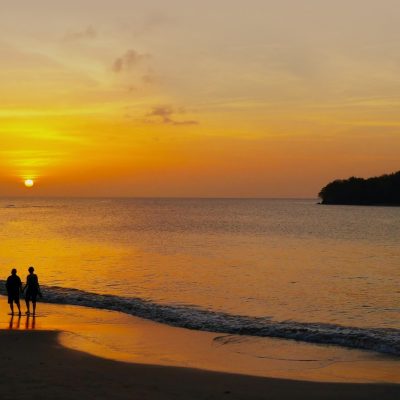 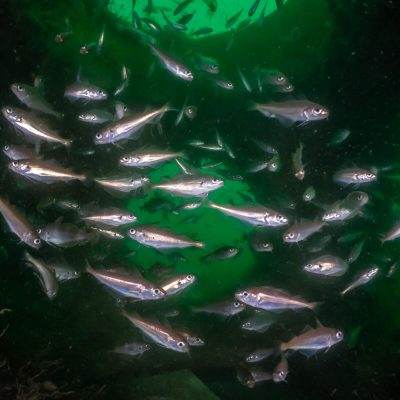 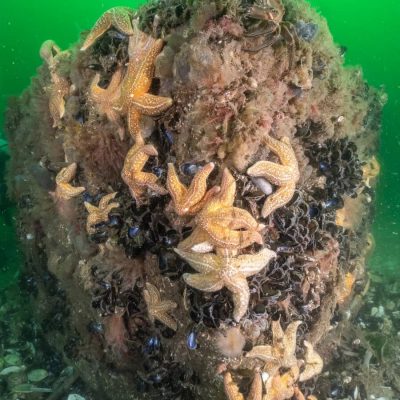 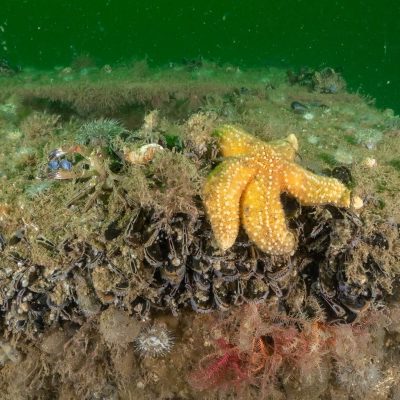 Our Marine cubes are large; weighing around 1.8 tonnes and measuring around 1.5m on each side.   They provide a significant substrate on the sea bed to provide shelter for marine life and exposure to currents and the water flow that brings nutrients.  They are placed to recreate damaged reef systems and to provide an environment for the recovery of biodiversity and for marine life to flourish.

Each marine cube incorporates up to 4 full sets of adult cremated remains.  They are produced using

98% recycled materials and Marinecrete.  Marinecrete has a 90% lower carbon footprint than traditional Portland cement based alternatives.   It is manufactured in the UK from the waste products of clay mining and does not need high temperature production.

The Aqua Memorials web portal enables you to have a dedicated web page for your loved-one incorporating an explanation of Marine Memorials, and space for their biography and photographs.  Friends and family can leave tributes or make charitable donations (we work with a number of marine conservation charities) directly on the page.

Funeral directors and crematoria work with us to ensure that the cremated remains of your loved one are transported safely to us for storage prior to the manufacture of the memorials themselves.

During the production process a detailed audit trail is maintained and we trace the remains as they are added to each Marine Memorial Cube.  Cremated remains are mixed with Marinecrete to form the cube.  The cube when completed has a plaque added with the details of those whose remains have been included in that particular structure.

On an arranged date the cubes are placed on the sea floor using a specialised commercial vessel and a crane.  The time, date and location of each placement cube is carefully logged.

Video footage is taken and added to the individual we pages to record cremated remains being added as the cube as it is formed, and of the individual placement in the sea of that cube.  The location of each cube is recorded as latitude and longitude and “what 3 words”.  This is added to the web portal page, while a unique piece of jewellery is created as a keepsake after the placement that also records the location. 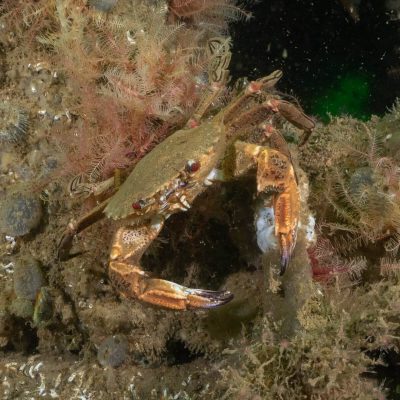 Large scale trawling has devastated many of the reefs around the coastline of the UK and our Marine Memorials can play a significant role in recovering these environments.

Our advanced casting techniques create surface textures that replicate natural reef features and niches, which in turn enhance biological recruitment – adding life to subsea infrastructure via the creation of new habitats, as well as fostering the capability to sequester carbon through natural marine attraction.

Previous research has found that concrete reef units can be highly beneficial for oyster restoration projects. The material itself can provide a hard surface that young oysters can settle and grow on in high abundance (Graham, Palmer and Pollack, 2017). Having a durable structure can also help stabilise the surroundings so that newly released oysters or any extra shell material for them to grow on isn’t washed away (Frederick et al., 2016). Also, being raised on a reef structure improves the filtration rate of newly released oysters, compared to being on the sea floor (Sawusdee et al., 2015). Reef Cubes have open internal spaces, so they have a greater surface area to volume ratio. This means that there’s more space for oysters to grow on the inside and outside of them. Fluid dynamics modelling has also indicated that the flow speeds up through the Reef Cubes, which means plenty of water – hopefully containing nutrients and oxygen – is provided to species living inside.

Marine cubes enrich biodiversity and abundance due to their size, shape, surface pH, complexity and internal chambers, which rapidly become colonised and used as spawning and nursery grounds.

By continually monitoring our sites, we have been able to evidence habitat improvement and species restoration – crustaceans, juvenile fish, native kelp and corals, proving that by working within environmental limits, it’s possible to transition to a renewable future, whilst also improving marine conditions. 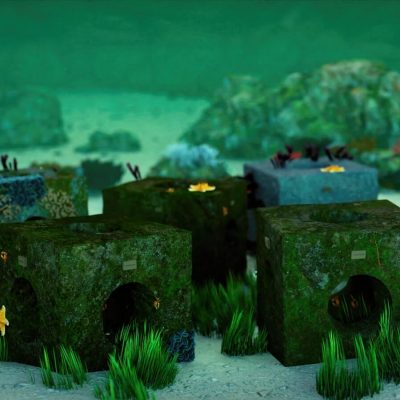 Our marine cubes are periodically placed on the reef from a commercial vessel at certain times of the year.  We are unable to facilitate family groups or ceremonies on board this vessel, however we can provide notice and co-ordinate a charter vessel so that it would be possible for groups to attend the site during the placement of a specific cube.

Charter vessel to accommodate loved-ones and a memorial service during the cube placement – please contact us to discuss your requirements.

If you have a question or would like to discuss our products or services feel free to get in touch.